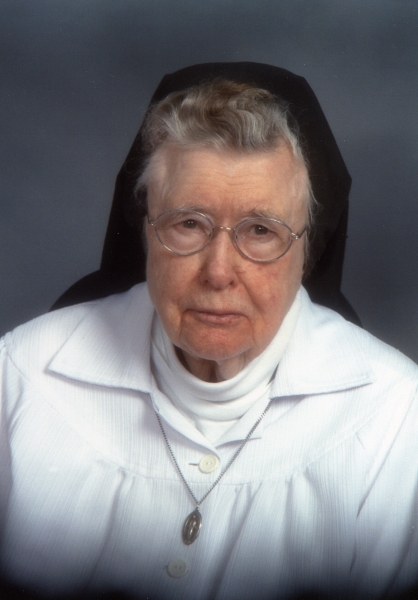 When a polio epidemic broke out in 1946, Sister became director of the (Avera) St. Luke's therapy department. For over 40 years, Sister Alacoque worked with patients who suffering from polio, cerebral palsy and joint replacements. She was a charter member of the South Dakota American Physical Therapy Association and was editor of the organization's first newsletter.

After retiring from physical therapy, Sister Alacoque attended the Credo Program, which brought priests and vowed women religious from across the world for sabbatical studies, at Gonzaga University, Spokane, WA. She went on to serve as convent administrator and was the sacristan at (Avera) St. Luke's prior to retiring to full time prayer ministry.

She was named First Lady of Aberdeen in 1967 and was inducted into the Hall of Fame for the South Dakota chapter of the American Physical Therapy Association in 1992.