In Sister Joyce Meyer’s latest blog for the Global Sisters Report, she talks about the struggles of the newest religious congregations 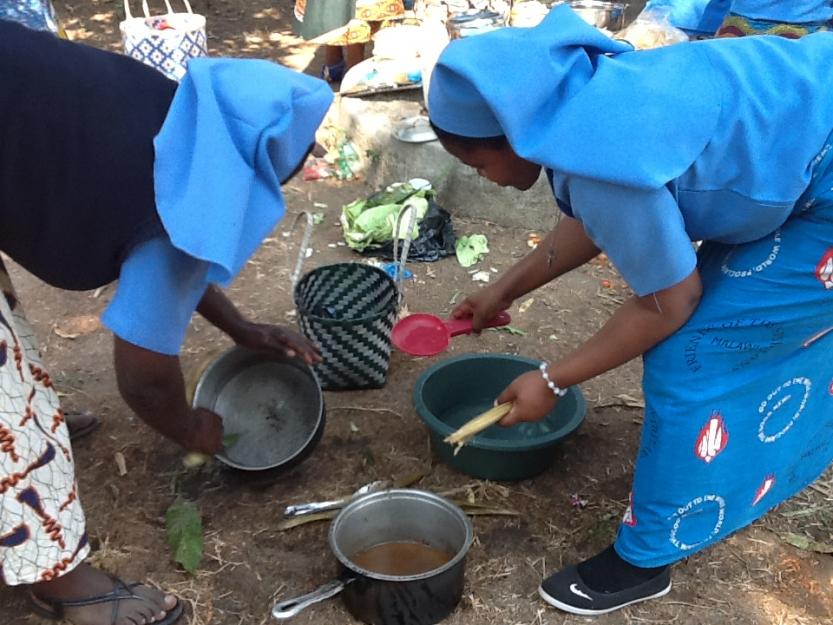 Most women’s congregations in Europe and America have been around a long time, founded by women who lived hundreds of years ago. However, in my travels in Asia and Africa, I have met numerous congregations of women religious whose foundresses are still living, and whose congregations are less than 100 years old. In fact, in just three countries of East Africa — Zambia, Zimbabwe and Malawi — there are 30 of these locally founded groups.

I have been both inspired and saddened by stories the sisters shared about their short histories of founding and even re-founding.

Some of the difficulties sisters encountered in establishing themselves as congregations were the consequences of canon laws that gave hierarchical authority to bishops and excluded female voices. Local diocesan bishops could establish congregations with little oversight by the Holy See. Once established, the new diocesan-right congregation was under the “special care” of the bishop. This “special care” was and sometimes is misconstrued as control over all aspects of the congregation’s life, even though canon law recognizes the autonomy of the members of the congregation to control their way of life, government and finances.

Once the congregation flourishes and grows sufficiently, it can petition for pontifical right status, which then places it under the jurisdiction of the Holy See. The status of “pontifical right” for congregations was only officially promulgated in 1900 by Pope Leo XIII.

Even though the Second Vatican Council opened many doors for inclusion, indigenous women who participated in initiating new communities had little voice in the male hierarchical process. The women knew little, if anything, about canon laws that outlined their rights and responsibilities as members of a religious community and thus relied on their clerical founders to interpret the laws. Their status as women in patriarchal societies where they were not often well-educated also contributed to exclusion of their voices in decision-making.

Canon law intends to protect consecrated life, recognizing it as a “special gift” to the church. Thus, starting a new religious community is a serious undertaking and necessarily takes a long time to discern its authenticity. Elements that need addressing in the process include number and quality of members, spiritual formation, financial stability, an articulated and lived charism, and rule of life and ministry for apostolic groups. 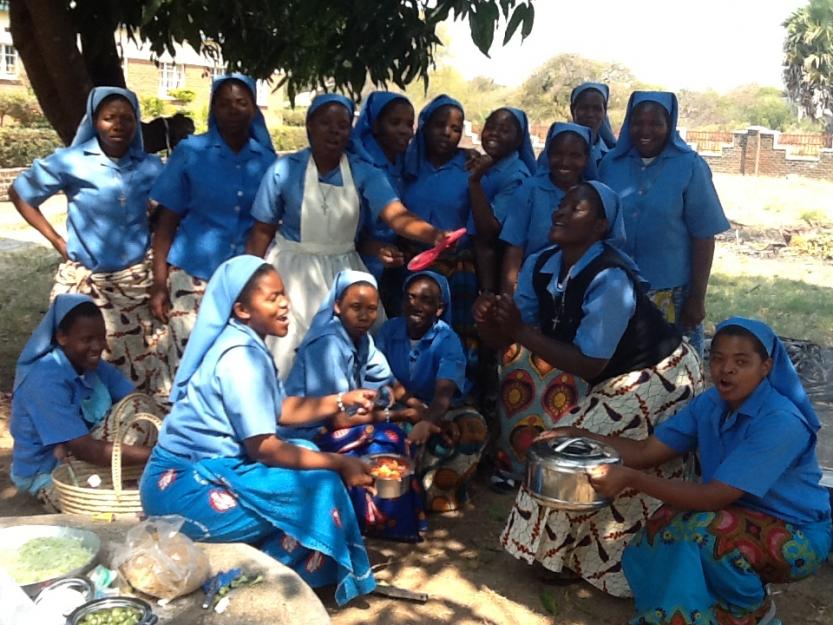 Most local congregations in African countries were founded by bishops or diocesan clergy or by priests belonging to missionary congregations. Sometimes, these foundations were made in partnership with women. I have only discovered a few groups founded by women alone.

From the sisters’ stories about their origins, I learned that the most common motivation for bishops and priests in founding a religious community was to provide pastoral workers for their dioceses or parishes or housekeepers for the bishop and his seminarians. Devout young women who showed interest in religion and serving others were the ones invited to become sisters. Most of the time, these diocesan clerics knew little or nothing about the real nature or charism of religious life and saw the sisters primarily as prayerful workers.

Diocesan clerics and those of religious orders usually invited sisters from established congregations to mentor the new groups, shaping them into traditional religious communities. These mentors stayed with the new sisters for a time then returned to their own groups, leaving the fledglings on their own, under the jurisdiction of the local bishop.

Over the years, I have inquired about the advantages and disadvantages of membership in locally founded communities in contrast to entering local communities of European or American foundations.

Attractions included a sense of adventure being part of something new, sharing passion and excitement in shaping a new life and mission and creating an identity together. Another was living and ministering more closely to their own cultures without strong influences of the West. For some, a new community also offered opportunities to take on leadership and responsibility at a young age, even with little or no experience for needed tasks. Leadership was and is particularly challenging in places where poverty is great. Some women were attracted to the ministries of the new sisters and even by their uniforms.

Sisters also identified disadvantages to being pioneers of local religious life. There is no history of a charism shaped through many trials and challenges over many years. There are no stories from a long history to encourage and inspire new recruits as they take on a new identity. There are fewer or no older or experienced members from whom to seek advice and counsel. Local groups do not have potential financial resources available to support income shortfall or to start new ministry ventures as they struggle to become sustainable.

These women need to be enterprising and creative in finding ways to support themselves because, contrary to what many think, bishops do not financially support women’s religious communities anywhere in the world. Locally founded communities do not have sisters from afar who keep their future in mind. Their sisters often miss opportunities for education and professional development in contrast to sisters of international groups, who ordinarily have more access. 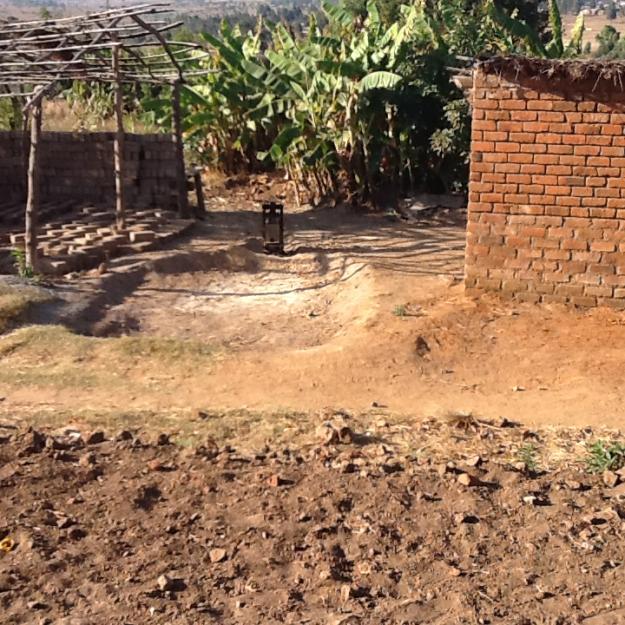 Sisters of Presentation of Virgin Mary, a local congregation in Malawi, make their own bricks, shown on the left, to build their maternity hospital and clinic. (GSR photo / Joyce Meyer)

Another challenge in pioneering local religious life is that of learning to exercise authority in communities of diverse cultural membership where ideas of authority may differ. Thus, to maintain objectivity at elections of congregational leaders, the local bishop, who is their ecclesiastical authority, is required to preside to assure they are carried out appropriately. Other ecclesiastical tasks of the bishop include approving the group’s constitution and requiring his permission for particular decisions about property and other serious matters.

Although it sometimes happens that this authority is misused in inappropriate interference in their religious life and administration, some groups are blessed with bishops who are genuinely concerned for their well-being and development as religious.

From what I understand, founding bishops were and are usually benevolent to the groups they started, giving them land for housing and for their ministries. However, at times, there are negative consequences to that benevolence. If the gifts of land or property did not include legal transfer documents, they can be easily confiscated by a benefactor’s successor who incorrectly claims that canon law gives the diocese the right to ownership to all of the sisters’ land. These problems often surface once founding bishops are reassigned or die and new bishops are appointed.

Some of these fledgling groups have struggled for survival when new appointee bishops wanted nothing to do with them or seemed to relate to them as disposable property. At times, sisters were sent away from properties once given to them in good faith. Such displacement is traumatic for the sisters, particularly if they have developed the properties with schools, clinics, water and housing and now discover that the promise no longer holds for them. Displacement often includes loss of significant income when even compensation for improvements was not forthcoming.

I will never forget an experience I had in visiting one of these groups. The sisters were excitedly showing me their farms when I asked them if they owned the property. Their response was affirmative because the bishop, their “father,” had given it to them. I then asked if they had the title deeds in hand. They told me no but added that it did not matter because their “father” would not take it away. I warned them that someday, without those deeds, a new bishop assigned to that diocese could take it back. The sisters did not believe me. About 10 years later, I met one of them, who told me that this is exactly what happened.

I also remember meeting a small group, called a “pious society,” that a newly appointed bishop had petitioned the Holy See to disband, even though it was officially founded by a previous bishop and the women had lived together for many years. He did not want the responsibility of jurisdiction, nor had he recognized the contributions the women made to the diocese. Thankfully, the Holy See took seriously the fact that the group had been officially founded with a charism given by the Spirit for the life of the church. 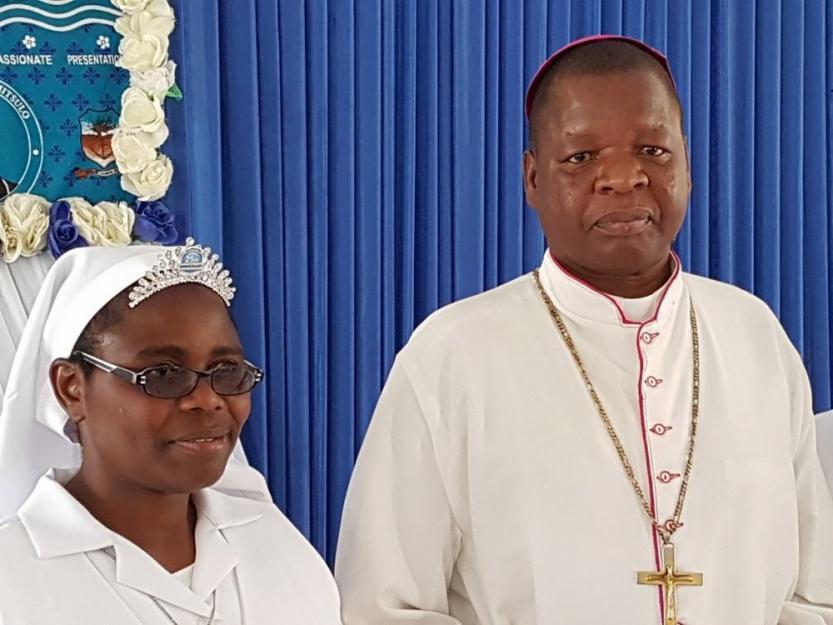 Sr. Blandina Kamba, the current leader and re-founder of the Sisters of Presentation of Virgin Mary, a local congregation in Malawi, at her 25th anniversary of profession with Bishop Emmanuele Kanyama (GSR photo / Joyce Meyer)

To begin the discernment to test the authenticity of those gifts, the Holy See placed the group in a kind of probation period. They appointed a sister administrator from another congregation to live and work with the group for six years. Recruiting was not allowed during this time. When the outcome of the probation was favorable, the community went through a kind of re-founding, even attracting new members. However, the lack of new entrants during the probationary period of six years created age and capacity gaps between the original group and new recruits, challenging them spiritually, culturally and financially. I admire the tenacity and courage of re-founding leaders who need to navigate these issues.

During the re-founding period, the group remains a pious society, women living a prayerful life committed to God and ministry with the intent of becoming a religious congregation. If apostolic, they take vows or promises of chastity, poverty and obedience, nurture their special charism and live according to an approved rule of life under the supervision of the local bishop.

After some years, when stability has been re-established and all canonical requirements met, the women may petition for the status of a diocesan-right institute through a cleric and authorization of the local bishop. It can take a long time for the Holy See to grant the new status, and it is usually promulgated to the women through the apostolic nuncio of the country where they reside. New congregations remain under the jurisdiction of their local bishops until they are ready to seek pontifical status. Once approved as a pontifical-right congregation, they are directly accountable to the Holy See, although apostolic ministries still need to be authorized by the local bishops.

It is an enriching and amazing experience to know these women and to witness the courage it takes to establish their congregations in the church’s life. It is important to note too that emergent religious communities are not only a phenomenon in Africa, but in Asia and also in the United States and Europe. In fact, the Center for Applied Research in the Apostolate recently did a study of this movement in the United States. Currently, there is also growing interest among well-established congregations in the United States in the emerging local congregations in African countries. Interest began some years ago and seems to have caught on more broadly after the UISG assembly in May 2016. New relationships between north and south are being explored to find ways to mutually share the richness of the global charism of religious life for the sake of the Gospel.

[Joyce Meyer is a member of the Sisters of the Presentation of the Blessed Virgin Mary and is GSR’s liaison to women religious outside of the United States.]