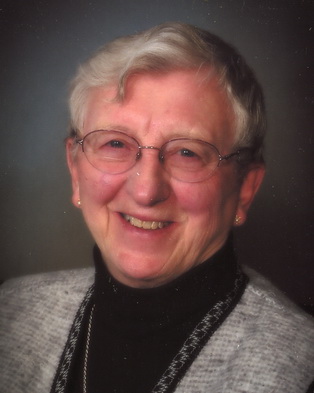 Sister Elizabeth was a surgical supervisor at St. Joseph Hospital and (Avera) St. Luke Hospital until 1965. Then at the age of 36, when Vatican Council II, as a response to the call of world Bishops to religious congregations to respond to the needs of the poor in foreign countries, she was chosen to start the first foreign medical mission in the highlands of Chiapas, Mexico. It was the first collaborative effort with another Presentation Sisters’ congregation which was in San Francisco as well as the first mission in Latin America founded by the Presentation Sisters. That mission was called Clinica/Hospital San Carlos in the hamlet of Altamirano (1965-1976). The area was the home of five indigenous Mayan tribes: Tzeltal, Tojolobal, Tzotzil, Chol and Lacandon. Sister Liz stayed 11 years before turning it over to the direction of the Daughters of Charity of St Vincent de Paul from the Mexican Province. The mission continues to this day.

In another collaborative Presentation effort in 1980, she founded a second medical mission in the former rain forest of the Huasteca Potosina on the eastern region of the state of San Luis Potosi in Mexico. In an area known for its orange groves, coffee fields and sugar cane, the indigenous population was composed of the Nahuatl and Huasteca languages. The mission clinic/hospital was named Clinica San Antonio de Padua, (1980-1993). As with the first mission, the indigenous staff was trained to run the clinic/hospital departments and nursing areas. Once capacitated, the Josefina Sisters from Mexico City were asked to take over the mission. The mission continues to this day.

In 1994 she was called to the needs of people dying in South Dakota of AIDS and AIDS related illnesses. After visiting several “AIDS” homes in California and Minnesota she gathered many volunteers and the support of local businesses in Sioux Falls and founded the first home in the four- state area dedicated to the care of people living and dying of AIDS. Called Berakhah House (House of Blessing) it was a collaborative effort with the Benedictine Sisters of Yankon, SD and the Dioceses of Sioux Falls. After 16 years of serving a once marginalized population the house was closed in 2010 when improved medications helped people with AIDS live a more independent life and a special home was no longer needed. It is now functioning as a home for homeless veterans coming back from the wars in Iraq and Afghanistan.

In 1998 feeling still energetic at the age of 70 she, along with another Presentation Sister from San Francisco, CA founded a third foreign medical mission in the highlands of Guatemala. In a broken down building that they remodeled, Clinica Santa Clara (1998-2006) was born in the small village of Santa Clara La Laguna in the department state of Solola. Indigenous languages that were in the area were Quiche and Tzutujil). Indigenous staff was trained in the departments of dental, clinical laboratory, nursing, ultrasound and audiology. After eight years Guatemala sisters were interested in taking over the clinic but because the building belonged to the local government it could not be given over as in former missions. The mayor at the time who was not Catholic was not interested in having more Catholic sisters in the town. The clinic was “dismantled” meaning, all the equipment that had been purchased by the sisters was removed and set up into small businesses run by the staff at affordable prices to the people. Clinica Santa Clara still “lives” in three different venues in the town.

In 2006 at the age of 80 and after a fact-finding trip to Zambia, southern Africa, she returned to South Dakota to volunteer as cook and assistant Director of the house she founded in 1994 (Berakhah House) When the house closed in 2009 she left for the foreign missions again and founded the fourth foreign medical clinic in a small village in the highlands of Guatemala called Llano Grande in the Municipal of Conception Tutuapa in the Department state of San Marcos.

In 2009 Clinica San Jose was founded in a garage next to the house where Sister Liz and Sister Joanna Bruno (San Francisco) live. A new clinic was completed and is operation. Indigenous staff speaks the Mayan dialect of Mam. Services include prenatal care with ultrasound, clinical laboratory, pharmacy, dental services and general consults with hospitalization when needed.

As with the other ministries the sisters are working toward self-sustainability of this present mission where Guatemalan sister-nurses will take over and continue into the future.