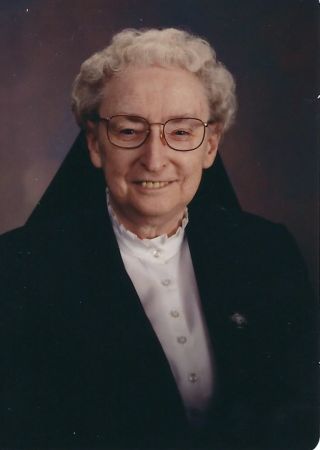 Sister Armella dedicated more than 50 years to education ministry in South Dakota and Minnesota. After retiring from teaching, she volunteered at (Avera) Brady Memorial Home. In 2005, she moved to Aberdeen, where she continues to serve in prayer ministry. She credits her parents with fostering her vocation. Through their faithfulness, they set an example of the importance of Mass, prayer and the love and respect they showed for the priests and sisters.