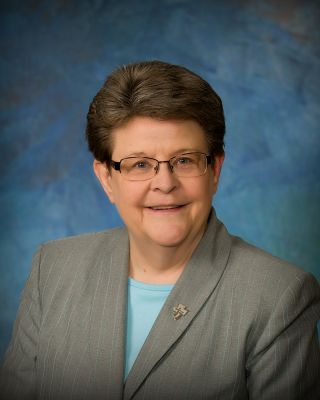 Sister Janet was educated by the Presentation Sisters in Mitchell, SD, and spent 19 years teaching at Catholic high schools in South Dakota and Nebraska. After language and cross-cultural studies, she spent two years ministering in Guerrero, Mexico. Prior to beginning her ministry in Sioux Falls, SD, Sister Janet served as director of outreach ministry at Our Lady of Guadalupe parish in Omaha, NE for nine years. She served on the Avera Queen of Peace Board in Mitchell, SD from 2002-2010. In South Dakota, Caminando Juntos is one of only two Department of Justice-Recognized non-profit organizations authorized to provide immigration legal services and Sister Janet is the only bilingual Department of Justice-Accredited Representative. Sister Janet also served on the board of Avera St. Benedict Health Center in Parkston, SD from 2010-2013, the Avera Health Board from 2013-2021, and the Avera eCare Board from 2018-2021.