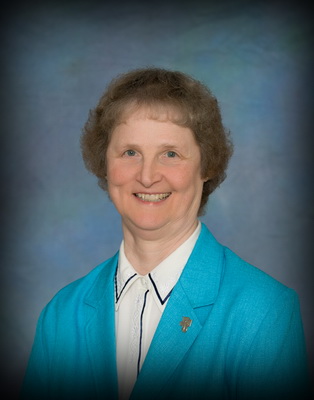 For 21 years, Sister Ruth taught grades third through seventh in Catholic schools in Minnesota and South Dakota. Then she ventured to McDowell County, WV to do outreach work with those made poor as coal companies pulled out of the area, followed by ministry on the Cheyenne River Reservation directing shelters for abused and neglected women and children. After receiving her masters, Sister enjoyed serving with Holy Family in Mitchell, SD, Nativity in Fargo, ND and St. Benedict Parish, Wild Rice, ND. Later Sister managed low-income townhouses in Sioux Falls, SD and then moved to Presentation Convent in Aberdeen, SD to serve as Sister Care Coordinator. In January of 2008, she became Congregational Treasurer. Sister Ruth was also Coordinator of Formation and Director of Novices from 1999 to 2011.