Advocates for peace and justice gathered in Los Alamos, New Mexico to commemorate the 72nd anniversary of the US atomic bombings of Hiroshima and Nagasaki.  The group met in a park near labs that continue to build and develop nuclear weapons.  After walking Trinity Drive toward the labs, they sat in Sackcloth and Ashes in silent prayer for a short period of time.  This was followed by informational speakers who work on nuclear disarmament full time, based in New Mexico.  The grassy place where they gathered is the physical location at which the Hiroshima bomb was built in 1945.

This humbling event was shared with us by John Dear, a prior keynote speaker at the South Dakota Pax Christi conference in 2008 and 2016.  He is a continued outspoken advocate for peace and justice, previously earning him several nominations for the Nobel Peace Prize. 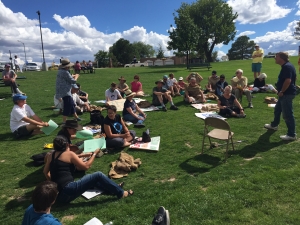 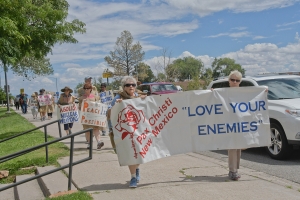 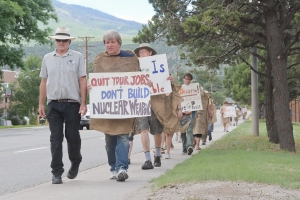 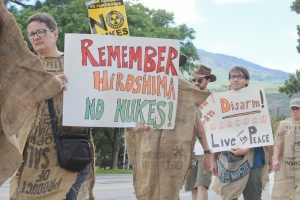 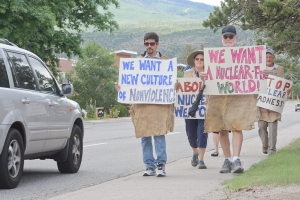 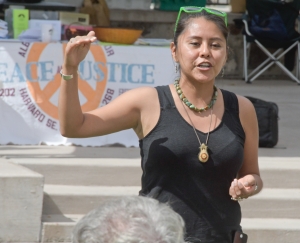 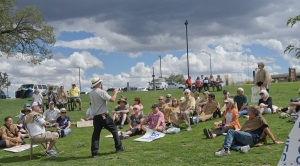 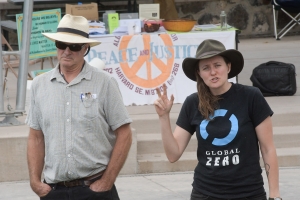 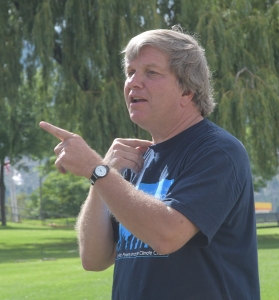 Additionally, The Sisters are remembering those lost and deeply affected by the bomb through sharing Sadako Sasaki’s story, written in an article by Pam McAllister.  Follow the link below to read about Sadako and her 1,000 paper cranes.