Lobbying as an instrument of the Gospel

Sister Lynn Marie Welbig wrote the following story for the Global Sisters Report about our lobbying efforts in the state legislature. 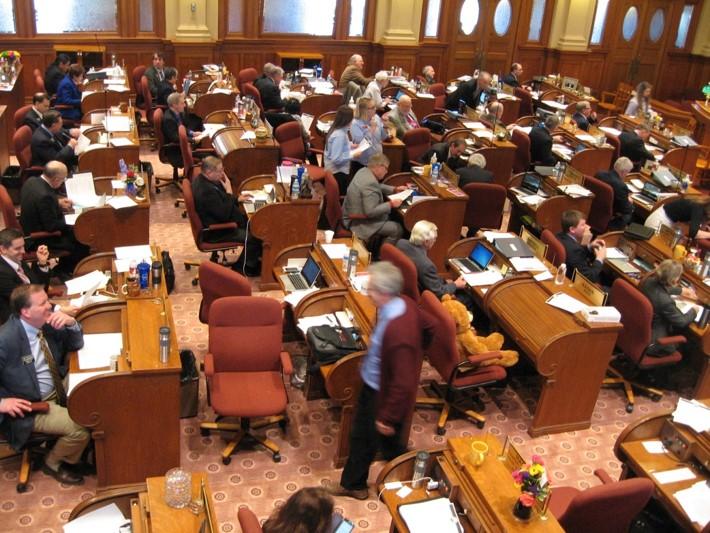 Never would I have expected my Presentation community to ask me to be a registered lobbyist at our South Dakota State Legislature! Our foundress, Nano Nagle, said, “If I could be of service in saving souls in any part of the globe, I would willingly do all in my power.” But to the state legislature?

Two years ago, nearing 80 years of age, I found myself in those uncharted seas. I suppose it was similar to those early Irish PBVMs who in 1880 were asked by Bishop Martin Marty to cross the Atlantic to the Dakota territory and evangelize the Native Americans and the European settlers. So Sister Kathleen and I got ourselves officially badged as lobbyists, and off we went to the state capital of Pierre.

Our presence was noted early on: Two nuns had penetrated the Capitol, unheard of heretofore. Don’t nuns belong in convents, churches and Catholic schools? Amateurs that we were that first year, we were surprised at how we slipped into this uncommon role and at the welcome we received from (most) legislators and other lobbyists. With help from several experienced lobbyist friends, we focused our energies on certain bills before the legislature in 2016 and 2017.

Our day begins at 7:30 a.m., and mornings are spent in committee meetings. Committees are first in vetting, accepting, amending or rejecting every bill or resolution. In committee meetings, we can testify and influence either the forward movement of a bill or its death. We work with other lobbyists and sometimes button-hole legislators in the hallways or at lunch.

While some legislators are not anxious to engage us in conversations about controversial issues, most of them are interested in sharing points of view. Sometimes, I have to “turn a legislator over to Jesus” when he is positive he has already mastered the entire matter. Occasionally, I see legislators quickly reverse route in the hallway when they see a nun coming down the same hallway.

Senate and House members deliberate bills and resolutions in their respective chambers in the afternoon. Sister Kathleen and I usually sit in the front row of the chamber galleries so our presence might be felt down below by the deliberating legislators.

We spend evenings preparing for the next morning and writing notes to legislators about impending bills and resolutions. I’m not sure whether we actually change any votes, but we make every effort to bring the light of the Gospel as well as our research and perspective into many deliberations.

Testifying on certain bills or resolutions found me teaming with folks new to me: Muslims, the American Civil Liberties Union, NARAL (a pro-abortion-rights group), Protestant ministers, chambers of commerce, and corporate executives from around the state.

Dogmatic and other differences are shelved as we unite to influence issues of injustice for refugees, immigrants, trafficked children and adults, pregnant moms in the workplace, concealed weapons, elder care, and education. Sometimes we are successful and sometimes not. However, we trust the word we set before the legislators, lobbyists and government officials “will not go away idle,” as the Scripture says.

Politics and sometimes lobbyists have a bad reputation. Politics is the art and the science of how a society organizes itself to further the common good of all its citizens. Politics, conducted conscientiously, is sacred work. Pope Francis says, “Politics, though often denigrated, remains a lofty vocation and one of the highest forms of charity, inasmuch as it seeks the common good.” Church and state bring together unique roles to build community, working for the common good of every person.

Earlier in his pontificate, Pope Francis urged sisters to “wake up the world! Be witnesses of a different way of doing things.” Perhaps lobbying is a means of waking up the world. As Jesus urges, “Follow me.”

Nagle knew this was more than a suggestion. In her spirit and mission, we find working for justice to be the crying need of this time. Lobbying can be an instrument of doing justice as we walk the Gospel through the South Dakota Capitol.

Between legislative sessions, we continue to engage on issues deliberated in the public forum. I used the major newspaper in South Dakota to publish a letter to the community on Islamophobia and disinformation being brought into our state by groups like white supremacists. I have also written about recipients of the Deferred Action for Childhood Arrivals program and about attempts to take away our citizens’ use of the initiated measure process. 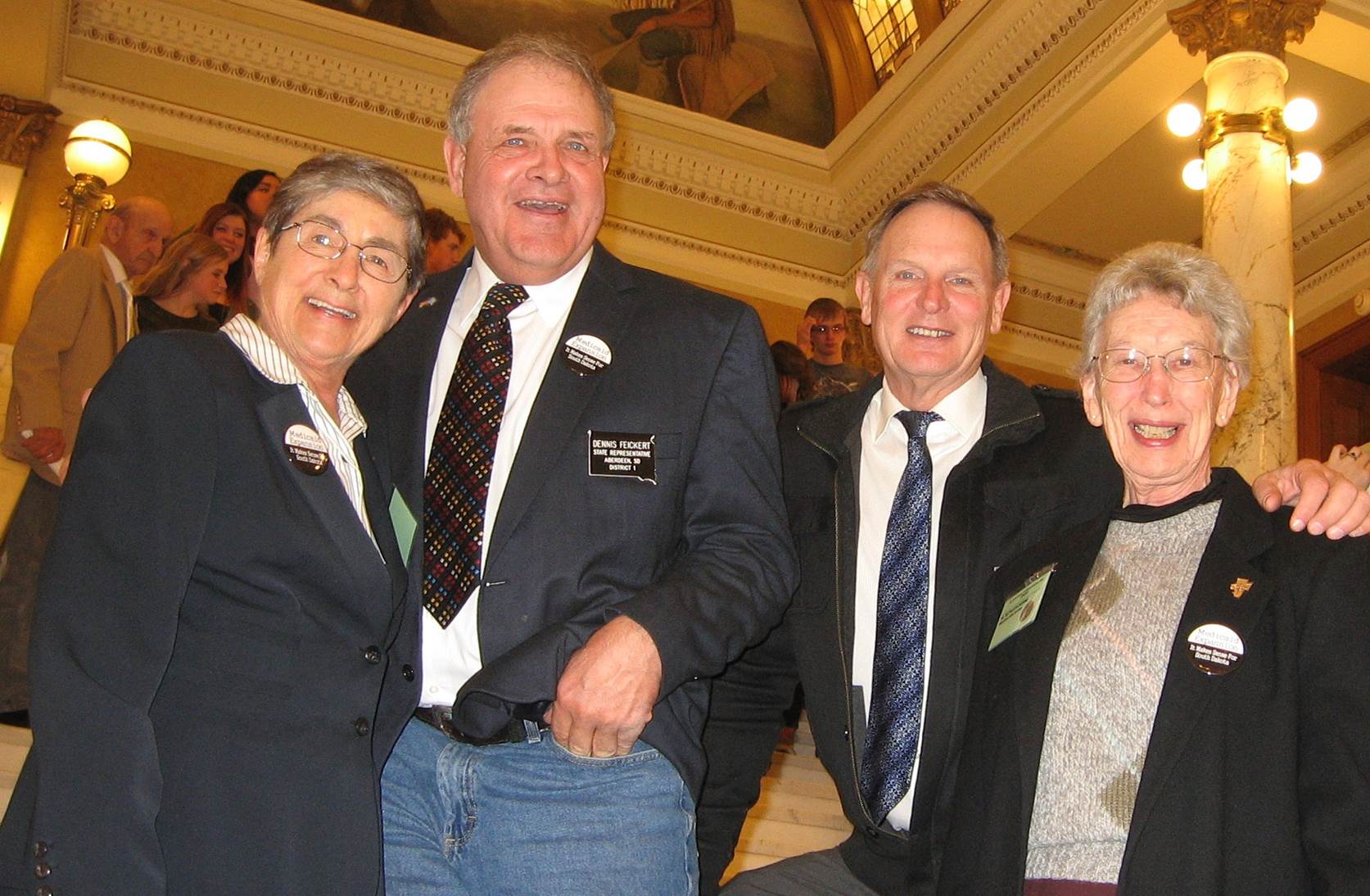 Citizens can use initiated measures when the legislature refuses to protect the common good. Through our initiated measure law, citizens develop their own proposals and with a required number of signatures get their proposals put before voters in the annual state elections.

An example of how we use the initiated measure law was how citizens gained control of the greedy payday-loan industry. Payday lenders provide short-term loans that require loan repayment plus interest and fees by the next payday. Desperate people who need these loans typically do not have enough disposable income to repay the loan plus the up to 30 percent interest.

By 2016, the payday industry was raking in over $7 billion per year from needy folks who couldn’t pay their rent or repair their cars. Even more offensive, most of the payday lenders were from outside South Dakota, coming in and financially taking advantage of our poorest citizens then taking their exorbitant profits out of state.

In 2016, we got a payday loan bill, Initiated Measure 21, on the November ballot. Fearing the measure, the payday industry attempted its own Amendment U that would have negated our bill.

Since then, the payday loan industry in this state has dwindled to nearly nothing. In its place, a citizen group is working to provide small low-interest loans to those who need them.

It is also noteworthy that efforts are being made to place significant limits on the initiated measure constitutional law so citizens find it more difficult to get their own proposals on the state election ballots. The Presentation sisters are also fighting this movement through lobbying and educational efforts.

In the months since the closing of the 2017 legislative session, an interfaith group formed a nonprofit, South Dakota Voices for Peace, with the vision of “a South Dakota where everyone is welcomed and valued.” Its mission is “empowering South Dakotans with accurate information about Islam, Muslims, immigrants and refugees, and to nurture informed, inclusive and civically engaged communities.” As an outshoot of my lobbying experience, I am one of the founding members of this new nonprofit.

“Going anywhere in the world to save souls” can get an 80-year-old nun-laborer into unusual places waiting to be harvested. But in January, there will again be two nuns in the halls of the South Dakota Capitol. 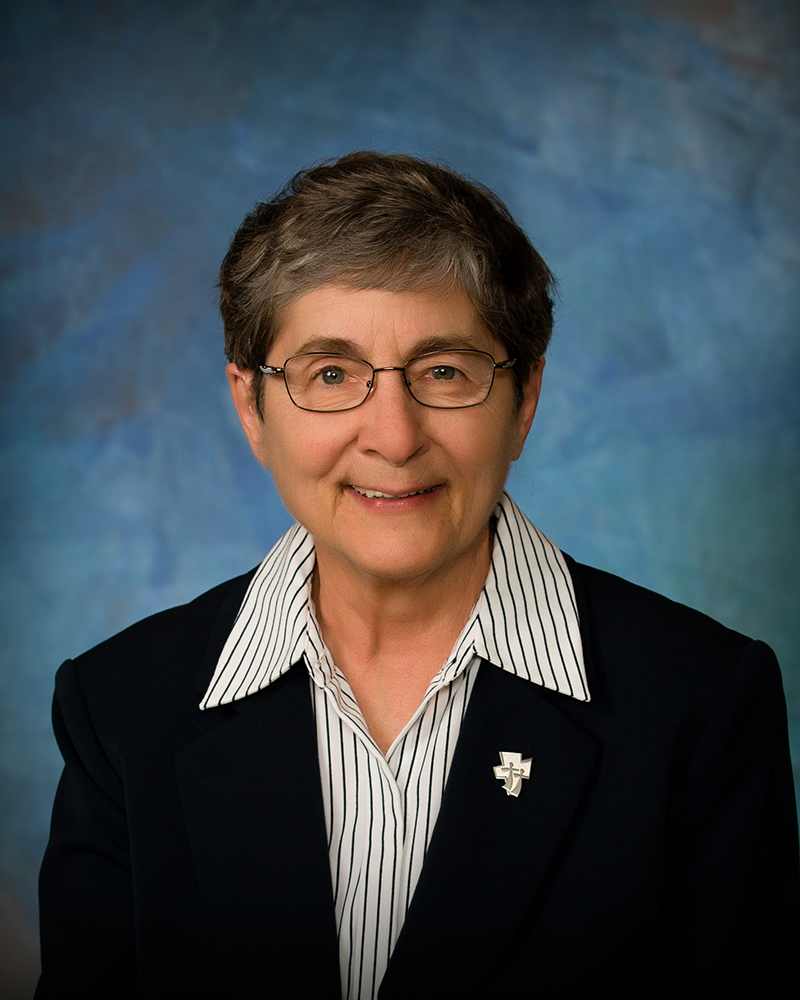 Sr. Lynn Marie Welbig is a is a Sister of the Presentation of the Blessed Virgin Mary. She presently works for the alleviation of oppression and for causes of justice as a lobbyist at the South Dakota State Legislature on behalf of the Presentation Sisters.