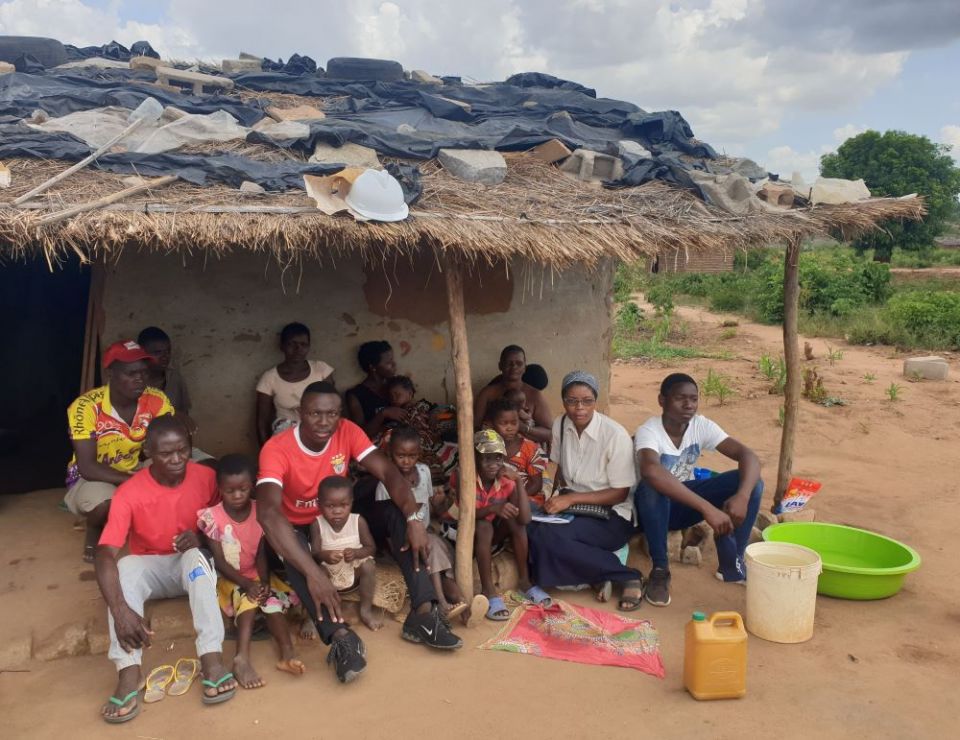 Mozambique seems to be a part of the world many know little about. I certainly knew very little about the East African nation until I traveled there in 2008 as the executive director of the Hilton Fund for Sisters. Traveling from place to place, I witnessed much suffering, particularly in rural areas: lack of water, food, education and health care. At that time the country, including the sisters, were still recovering from the impact of independence from Portugal in 1975 when the government nationalized all the schools and health care centers. Sisters had lost everything and, as often happens without experienced government employees taking over the administration, the institutions began to decline sharply in quality and services.

Consequently, when they can no longer manage, such governments return the educational and health care centers to the sisters, having done little or nothing to build them up. This means the sisters must start over from scratch. Governments rarely offer financial assistance for rehabilitation. Rural areas suffer the most, as they are basically abandoned by governments that focus on city development. This seems to be one reason Cabo Delgado has become the epicenter of the national crisis involving an extremist power struggle.

Day by day, as I listened to the paltry news coverage of the tragedy going from bad to worse, I wondered if any sisters could help us understand what is happening and how they are responding to the crisis there. I eventually found the enlightening story of four Good Shepherd Sisters who are living and serving in the thick of it.

They began by describing the Cabo Delgado region in northeastern Mozambique, where insurgents are causing monumental damage and chaos. Radicalized Islamic groups have been fostering unrest and terrorism along the East African Coast of the Indian Ocean for many years. Conditions worsened in 2017, Cabo Delgado was terrorized and attacked by jihadist gangs. Cyclone Kenneth struck in 2019, exacerbating the instability of Cabo Delgado caused by al-Shabaab, Islamist militants with ties to al-Qaeda. The local people, already frustrated and angry at the government’s unwillingness to listen, began joining al-Shabaab and adding energy to the confusion and terror.

According to the U.S. Institute of Peace, motivation might also have been fueled by the memory of Cabo Delgado as the birthplace of Mozambique’s liberation from Portuguese colonialism. The people grew weary of government corruption; police colluding with illicit gems, wildlife and drugs; human rights abuses; and ancestral land grabs for foreign interests. Radicalized groups have occupied strategic areas of the north, where gas and oil fields have been recently discovered.

Already, nearly 800,000 people, particularly women and children, have left the Cabo Delgado area — some for neighboring countries; those who choose to stay in Mozambique, went to  Nampula, the country’s third largest city just to the south.

Four Good Shepherd sisters came to Mozambique in 1997 and to Nampula province in 2002 at the invitation of the local bishop. Later, to allow young sisters to study in local universities, they established a house in Nampula town, where some moved to continue their education. The sisters belong to the Angola/Mozambique Good Shepherd unit, citizens of two of the six Portuguese-speaking countries in Africa. Upon arrival in the Nampula region, they settled in Namaponda, a small, rural town that grew as families moved from remote areas.

The sisters began searching for the best way to address the needs of families marginalized by lack of employment and education. They eventually set up an adult literacy program, an informal day school and nutrition program for the children in the neighborhood of Serra da Mesa on the periphery of Nampula. The primary Good Shepherd focus is always on women and children, particularly those marginalized, in poor health, abject poverty and vulnerable to trafficking.

Since 2020, the sisters have been engaged in limited ministry there because of COVID-19, but at the end of 2020 they joined efforts assisting refugees in camps on the outskirts of Nampula town. They began by distributing water, food and medicine. Many family members were traumatized from witnessing parents, siblings and relatives raped, tortured or killed and disappeared. 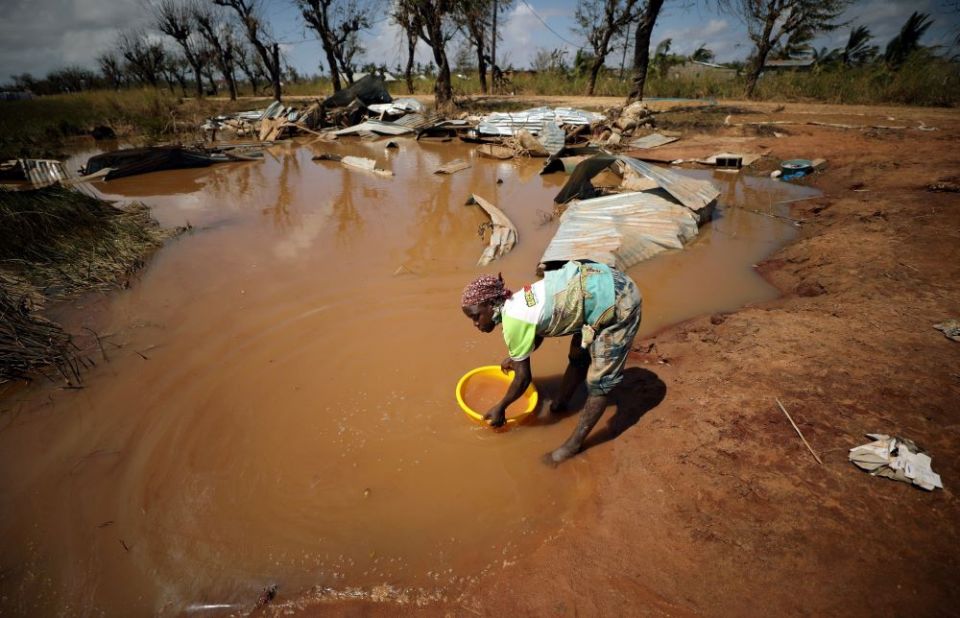 A woman in Mozambique collects water for washing as floodwaters begin to recede in the aftermath of Cyclone Kenneth in 2019. The cyclone’s challenges added to the instability of the country beset with Islamist militants. (CNS/Reuters/Mike Hutchings)

The sisters, who were not trained, referred people to international NGOs and government ministries. As the crisis grew, the U.N. named it a “Children’s Crisis” because so many children in the camps had no idea where their parents or family members were.

After months of struggling, and overwhelmed as the numbers of refugees and displaced people increased daily, the sisters organized a team of lay mission partners to work with them. With funds from the Good Shepherd International Foundation in Rome, they purchased medicine, water and food, as well as local materials to build temporary shelters and replace roofs on houses. They also set about monitoring the most vulnerable, settled families — those who have been in the camps for many months. They organized home visits and education in hygiene, health and agriculture, giving the residents seeds and gardening implements to improve their diets and nutrition. Fifty-three percent of the people suffer from malnutrition, compared with the national average of 43%, and the illiteracy rate of those arriving is about 67%. This rate confirms that most are from rural areas, where educational opportunities are still minimal, as I witnessed in 2008.

The sisters lament that, even with aid coming into the area, there is not enough drinking water, food or sanitary facilities. Without access to medicines, diseases spread quickly, including cholera and COVID-19. HIV/AIDS is a persistent problem, its management made difficult because of food insecurity. Antiviral medicines do not work without proper nutrition. I remember the rising incidence of HIV in that 2008 visit, and now these same problems are plaguing the people again. As people are forced to move about, the disease will only flourish.

Sisters are also concerned about trafficking, which finds fertile ground in the camps. People struggle to survive and listen to false promises of jobs to provide income for their families. The sisters are working hard to find ways to keep this pandemic under control by staying in contact with families who are vulnerable. There seems to be no end in sight for this terrible situation. How does the country get others to help as hope lags?