As we begin a new year, we look back on 2017 to take inventory on our accomplishments in Kaoma.  Through the Redmond Loan Fund, we have given loans to 300 women to start or expand a small business.  Prior 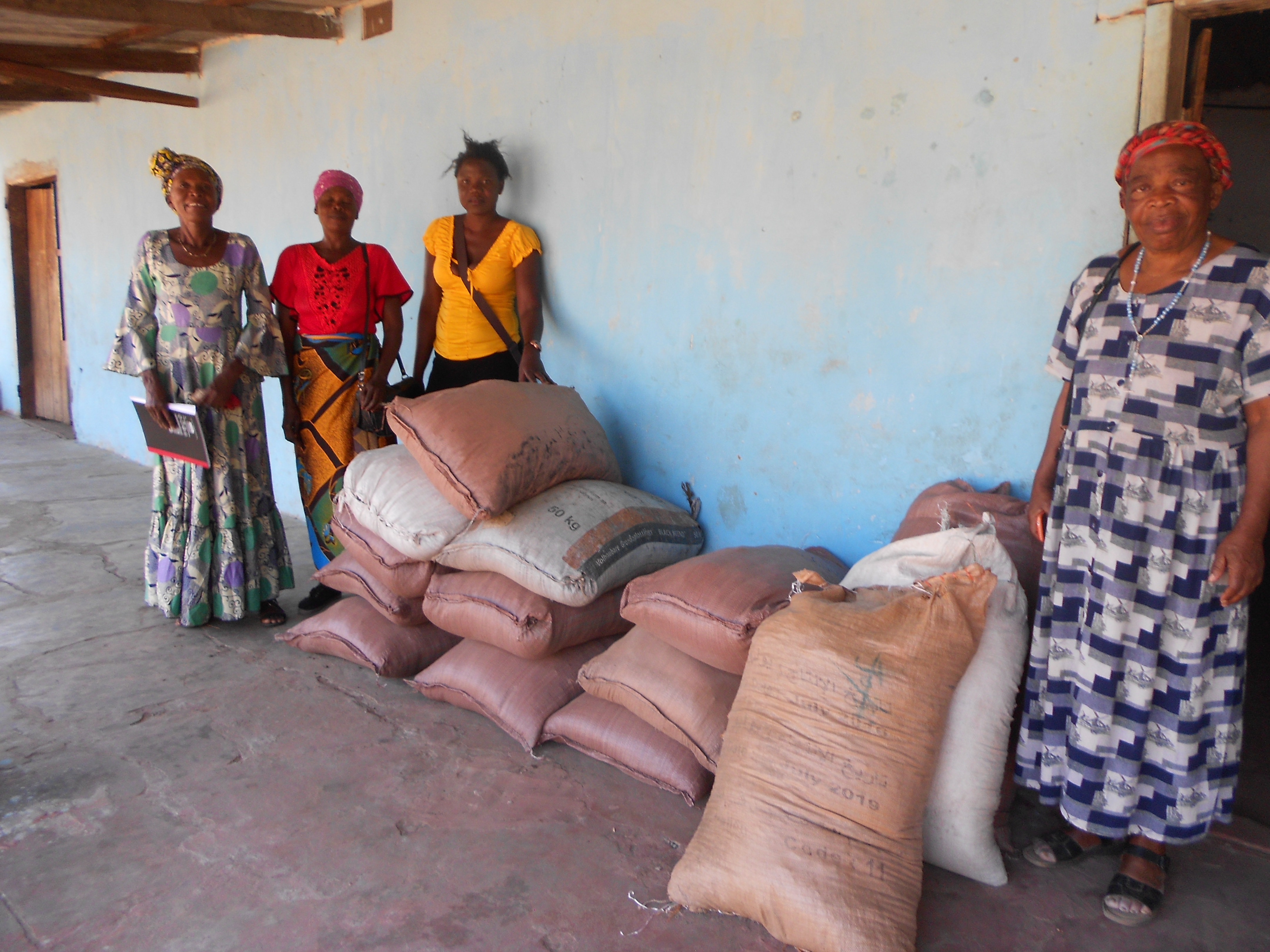 to receiving the money, the women participated in workshops on making compost, care of the earth and business skills.

Joy, the woman pictured on the far right, came to my office one day.  She wanted to express her appreciation for the loan she received.  She told me how helpful she had found the workshop on making compost and she set out to make her own.  Finding the tremendous difference the compost made in the quality of her vegetables and maize, she continued making more compost.  She ended up with 14 bags of rich soil.  She was so proud of this and said, “If everyone in Zambia would use compost, there would be no poverty!”  We also have a chicken rearing program, conducting workshops and giving loans to 70 families.

In August 2017, the Sisters were approached by two nurses in charge of a program at the hospital clinic for children under five.  They told us that many of the children are malnourished and asked if we could help.  We agreed to give them 100 boxes of KAH food, about 18,000 meals.  The nurses teach each parent individually how to prepare the KAH meals.  Each month we receive a detailed report on the condition of the children.  They began the program with 12 children and now are feeding 58.  Not only were these children underweight or malnourished but some were found to be HIV positive and/or suffering from dysentery, anemia, malaria, hydrocephalus, burns, pneumonia, cerebral palsy and sickle cell anemia. 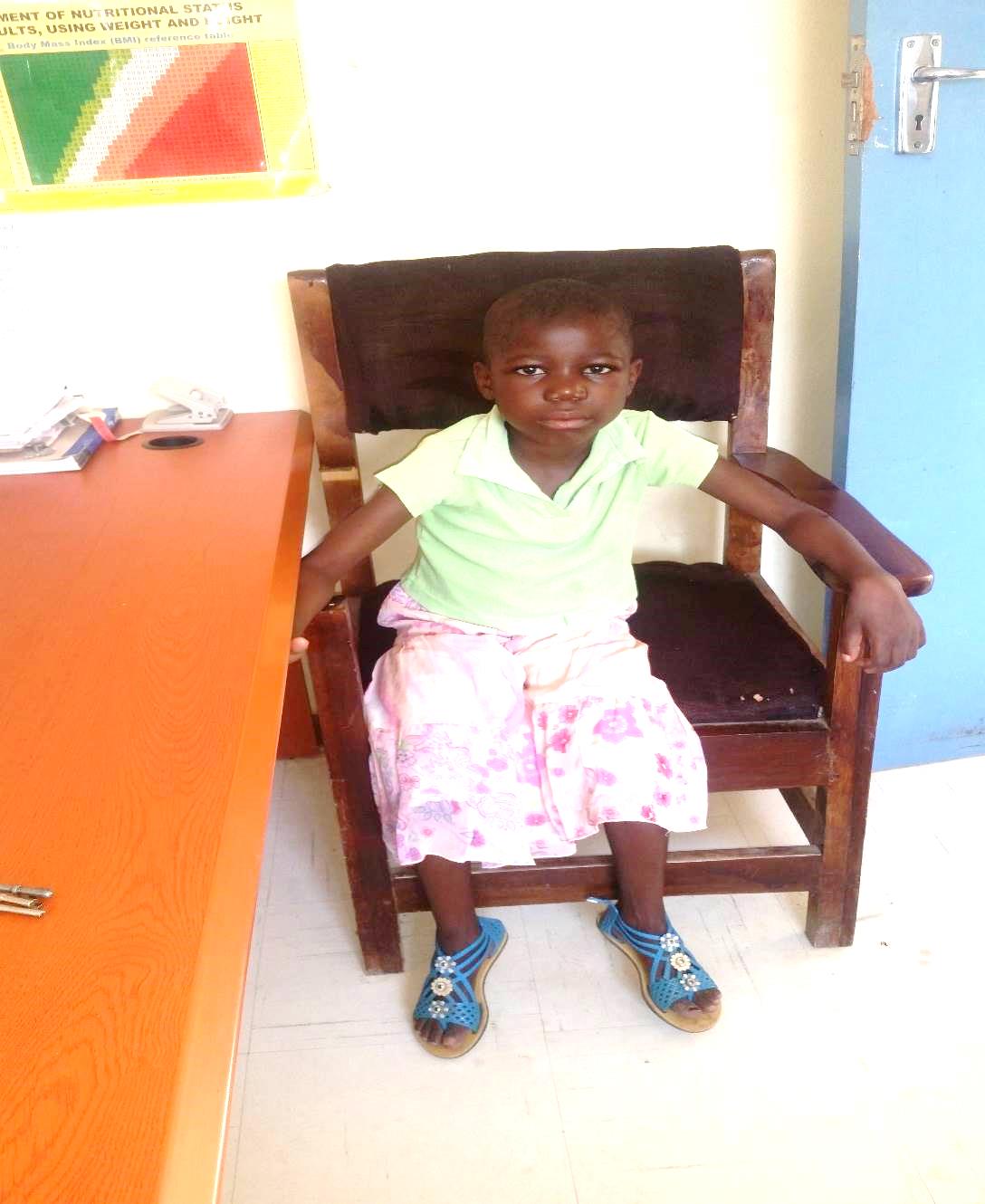 he child, pictured on the left, has been dismissed from the feeding program since she reached her normal weight.  We are so pleased to be able to help the children in this way.

Throughout the year we also gave Kids Against Hunger food each week to those individuals and families most in need.  In addition, we gave food to the local prison and to several other missions where our sisters are working.

Presentation School in Kaoma has over 1,700 students, pre-school through high school.  It is an extremely poor school established for the poor and vulnerable by the Presentation Sisters in Zambia.  Many of the students cannot pay the minimal tuition.  However, no one is turned away from the school.  The high school students must have classes in home economics, chemistry and computers.  Each of these courses requires equipment.  At the end of each term, students are given government tests for which they must improvise.  They have no equipment so the home economic students must bring their own cooking materials and do the cooking outside over a charcoal burning braiser.  The chemistry teacher travels to Lusaka (6 hours away) to purchase whatever was needed for the testing.  The school also had no computers.  Classes were conducted without the computers and on Saturdays the children went to the local trades school to use their computers.  When the school administration learned we would give them some computers, they wired one of the buildings for electricity.  We gave them 14 computers with funds from the Helmsley Charitable Trust.  The school managed to purchase seven additional computers on their own.  With four students at each computer, however, learning is slow.  A total of 355 students are using these few computers. 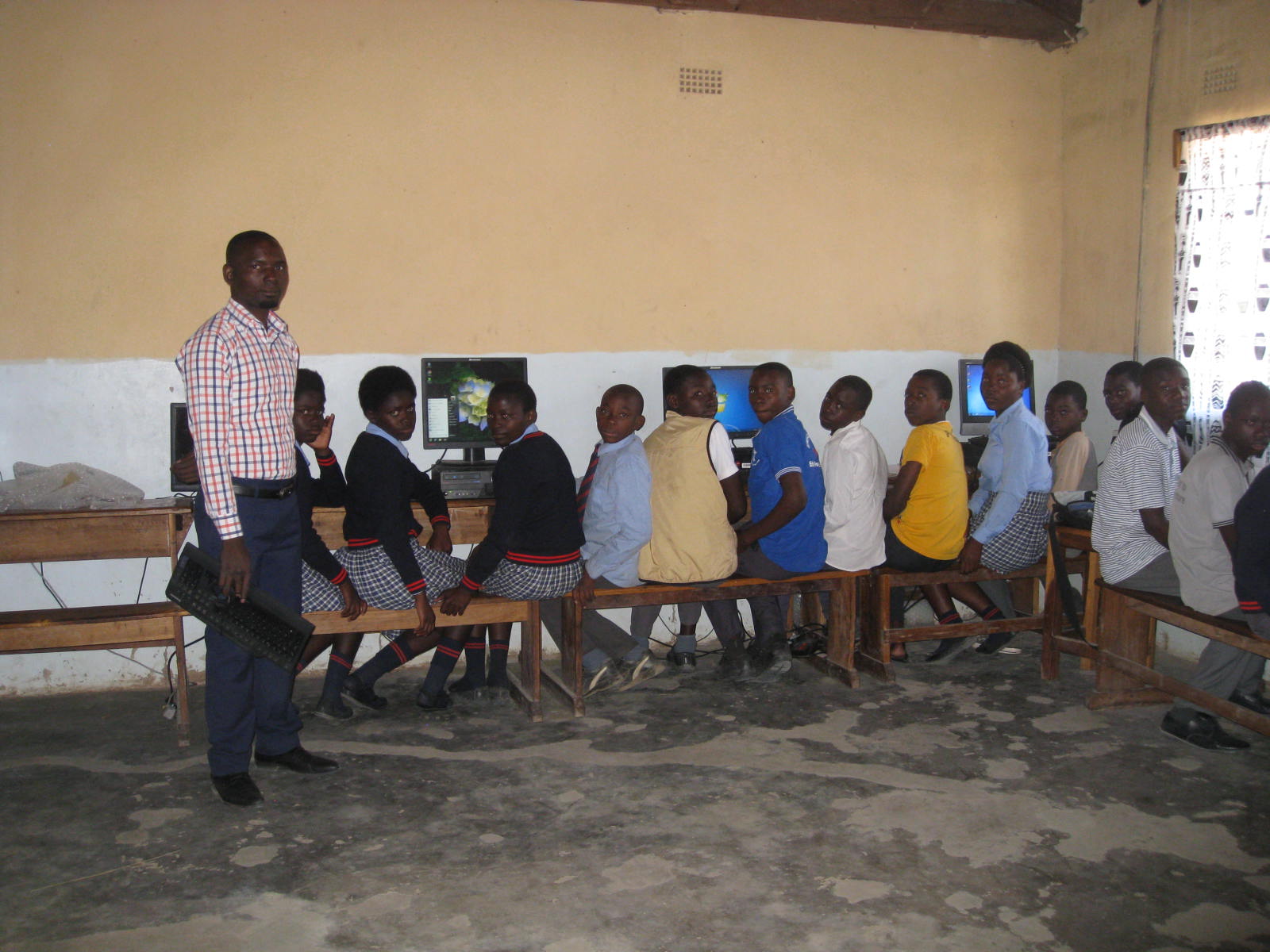 Walusiku (pictured on the right) is one of our students who graduated from college in 2016 with a high school education degree.  Most students must wait a year or two after graduation before the government assigns them to a school.  Before Walusiku started college, we provided computer training for him.  This not only helped him in college, but enabled him to assist the computer instructor at Presentation School.   The school could not afford to pay a salary so we were able to pay it for six month with funds from the Helmsley Charitable Trust.

Because we are preparing for the future of our ministry with the poor when we are no longer there, we have focused on some income generating projects.  The fishponds provide some income for us.  We are hoping this year, we will be able to cover our farm expenses and possibly have money for our work with the poor.  Presently, we have 11,700 fry (baby fish) and will probably have another 6,000 before the end of the breeding season. 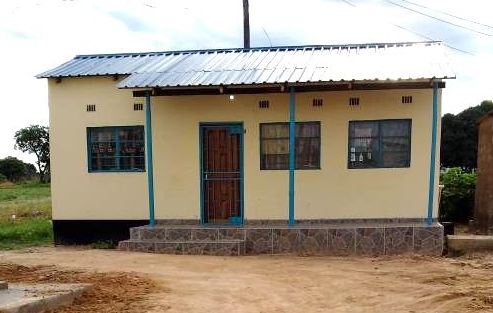 In 2008, when we purchased two plots of land for our sewing project, the foundation for the building had already been constructed.  Two years ago, the land was surveyed by the city and we were told that two feet of our building was on the adjacent plot.  This could have been a disaster for us. However, this piece of land was owned by the orphanage, which is operated by the Presentation Sisters.

They willingly sold the plot to us for very little. What a blessing!  Last year, we constructed two one-bedroom houses (pictured at left), which we are presently renting.  Housing is so much in demand in Kaoma that down payments were made on both houses before construction even began.

We are blessed by so many of you enabling us to carry out these projects.  Thank you and may God be with you.  We could not accomplish what we are doing without you.  May this Lenten and Easter season be a time of uniting our sometimes difficult and sad times times and our rewarding and life-giving times with the passion and resurrection of Jesus.