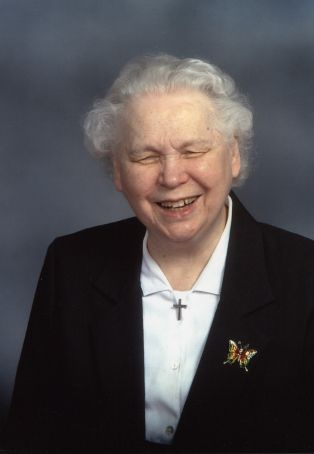 Although legally blind, Sister Helen served as receptionist for the Presentation School of Nursing, Aberdeen, SD for over 17 years. In 1969, she received training in medical records transcription at the Lighthouse School for the Blind in Chicago, IL. Sister worked in (Avera) St. Luke's Hospital medical records department until 1983, when she began volunteering at (Avera) St. Luke's and (Avera) Mother Joseph Manor. She was an active choir member and cantor at Sacred Heart Parish and played the piano for residents at the Manor. In 2008, she transcribed Spanish song lyrics into Braille to be able to celebrate Mass with the Latino community. Sister is currently serving in full-time prayer ministry at Avera Mother Joseph Manor.

With her trademark smile, Sister Helen says, "I figure if I can't do some things, there are some things I can do. I've always felt that first of all you need a sense of humor."