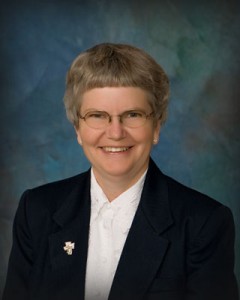 Today the crowd “celebrates” the triumphal entry of Jesus Christ on a donkey into Jerusalem, with the crowds strewing palm branches in his path and waving them as he passed them.  We know where this journey is headed!  We also wonder why he is riding on a “donkey?”  We also wonder if there is a symbolism to the palm branches.  We wonder all of this, but the Jewish people of Jesus’ time knew exactly what was going on.  There is a deeper meaning here!

The fact that Jesus was riding on a “donkey” was a symbol of royalty who also rode on donkeys.  So, the people were clued to the fact that Jesus was proclaiming himself as a KING.  However, the people’s expectations of a King was not a spiritual Messiah who would be victor of their salvation, but as a potential political leader who would overthrow the Romans.  “Hosanna” meant “save now.”  In ancient times, palm branches symbolized goodness and victory over the enemies and were often placed on the king’s palaces’ lintels.  The people thought they were waving in their next political savior!

Do we sometimes “misinterpret” how Jesus is speaking to us?  Do we “get it wrong” sometimes?  Are  we attuned to the deeper meaning?

This past week, many of the people in the Pax Christi movement, worked tirelessly to repeal the use of the death penalty in the state of South Dakota.  The initiative failed in committee after compelling testimony for and against the death penalty. Some said it was a deterrent.  Others said that it is God’s to take a life, not the state!  All were wanting to protect the citizens of our state.  The people in Jerusalem thought Jesus would be a political savior, rather than a spiritual messiah.  The people who gave testimonies at the hearing about the use of the death penalty seemed to understand “justice” and “peace” in two different ways – peace and justice achieved through the victory over the “enemy” and others believing of peace and justice being  achieved through the victory of humility, mercy, love and compassion.  When it comes to war, some believe peace is achieved through military intervention.  Others believe that peace is achieved through dialogue, through non-violent means.

This week, we enter into the deeper mystery of Jesus’ journey towards death and resurrection because his journey of humility, mercy, love and compassion is ultimately our journey towards fullness of life!

Lord, you entered Jerusalem with peace in your heart.
Be our vision that we too may desire peace where others desire war, and may work for justice where injustice reigns.