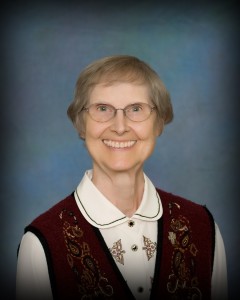 In the Gospel Matthew 23: 1 – 12 reading, Jesus is warning his disciples to choose their teachers and mentors carefully.  Look at the people you are surrounded by and take a good look at yourself and then decide if you and the people around you are talking about what a good Christian is or are you really living and being a good Christian and servant leader? Do we practice what we preach?

When my son was young and we had just moved to Aberdeen we lived next door to a loving and giving family.  I had no idea what faith they were.  When it came time to go to preschool my son wanted to go where the neighbor children went, and they went to the Sonshine Patch at Roncalli.  I discovered it was a Catholic preschool.  The Sonshine Patch was glad to accept my son.  He learned from many wonderful teachers, families and people who really did live their lives letting their actions speak louder than their words.  My son came home one day from preschool and asked me if I knew what a rainbow meant, I said no and he told me it was a promise from God that there would never be another flood. I was amazed; I didn’t know that and my four year old son did. My son learned so many wonderful things that year. When he started kindergarten the next year he went back to Roncalli.  He stayed there until he graduated from high school. I know that he was influenced by many teachers, classmates, coaches and the parents of other students.  All of these people and many others in his life were wonderful examples of living and practicing their faith.  It was good for my son and for me too.  I took RCIA classes and became a Catholic following in my son’s footsteps.