Will S.D. Repeal the Death Penalty? 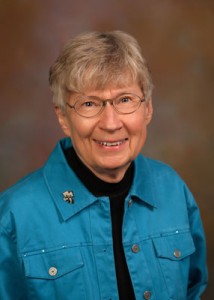 I’m heartened by the reality that several states have recently repealed the use of the death penalty, and am hoping that South Dakota will do the same.

All life is sacred. If we kill people because they committed murders, what does that say about us? We are murderers, also. “We seek to help build a culture of life,” the U.S. Catholic bishops stated in “A Culture of Life and the Penalty of Death,” in which our nation will no longer try to teach that killing is wrong by killing those who kill. This cycle of violence diminishes all of us.” It denies the possibility of mercy and forgiveness on the part of all of us.

Use of the death penalty diminishes the possibility for the convicted person to repent, reform and make restoration. Evidence shows that it does not deter violent crime and murder. Additionally, with procedures and appeals, the death penalty costs more than life in prison.

The SB94 Bill to Abolish the Death Penalty in SD was heard by the committee February 10 and did not pass; it went to the 41st day missing by 2 votes! We THANK everyone for your support!

Following is a statement endorsed by the Sisters of the Presentation of the Blessed Virgin Mary whose motherhouse is in Aberdeen SD. It was released on January 1, 2002, on the day designated by Pope Paul VI in the l960’s as a “Day of Prayer for Peace.”

“We, the Sisters of the Presentation of the Blessed Virgin Mary of Aberdeen, SD, believe that the death penalty is immoral and should be abolished. As women committed to nonviolence, we seek a penal system that supports conversion and reconciliation, rather than one that perpetuates the cycle of violence and vengeance. We believe the death penalty flows from the assumption that problems in our society will be resolved through violent means, which is the same assumption that led to the attacks of September 11, 2001.

“We support a consistent ethic of life, believing that all life is sacred from the moment it begins until its natural death. The death penalty promotes the idea that the life of the condemned is no longer sacred in the eyes of God. We believe that all persons are redeemable and loved by God.”

God of compassion, You let your rain fall on the just and the unjust. Expand and deepen our hearts so that we may love as You love, even those among us who have caused the greatest pain by taking life. For there is in our land a great cry for vengeance as we fill up our death rows and kill the killers in the name of justice, in the name of peace. Jesus, our brother, You suffered execution at the hands of the state but you did not let hatred overcome You. Help us to reach out to victims of violence so that our enduring love may help them heal. Holy Spirit of God, You strengthen us in the struggle for justice. Help us to work tirelessly for the abolition of our state-sanctioned death and to renew our society in its very heart so that violence will be no more. Amen
Written by Sister Helen Prejean, CSJ