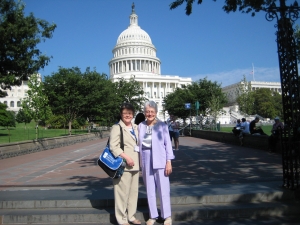 To Sister Janet Horstman, they were the bad days. Immigration agents descending on meat packing plants in the Midwest and loading hundreds of undocumented immigrants onto buses, destined for detention centers and deportation. Sometimes they left behind children in schools with nobody to pick them up or pregnant wives about to deliver babies.

“The reality behind it is horrific,” she said. “I would never want to live through that again.”