A Time For Waiting

Advent is a time of waiting as we prepare ourselves for the birth of Jesus. It is a time to prepare our hearts to be like him…not only to be aware of the violence in our world, of homeless immigrants, of the poor, but to respond in whatever way we can.

We in the United States expect things to happen quickly. At least I do! Not so in Zambia! Life moves along slowly in Zambia, even walking down the street is done slowly. This year in Kaoma has been one of continued waiting and learning to be flexible. Planning is difficult because of the unexpected.

Sister Inez and I hoped to construct a training center, where we could conduct workshops on property adjacent to Nano Farm. Unfortunately, the 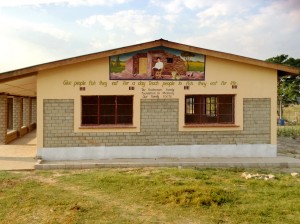 Kaoma Council owns this property. Two years ago, we began conversations with the Kaoma Director of Lands. He assured us that the Council would approve our request, so we waited and waited some more. Finally, in September of 2014, we received word that our request was denied. As we examined our options, we decided to demolish a house at Nano Farm to clear space for the new construction, which began in November 2014. After waiting for a year, the building is now completed and several workshops have been conducted.

We have many opportunities to learn flexibility. The most recent was the result of our decision to purchase an incubator. Given, a former agricultural agent, approached us. He wanted to form a partnership with us for a chicken-raising project. 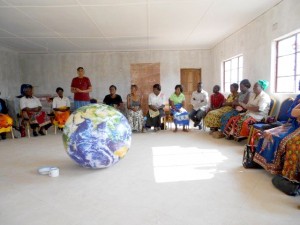 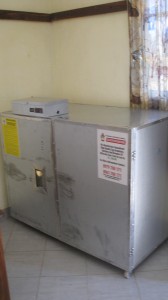 In the meantime, Sister Inez made continuous visits to the manager of Zesco, our power company, asking for electricity to be connected at Nano Farm. She was told that Zesco did not have any poles on which to put the wires. We only need one. Eventually, Sister Inez met a gentleman from India, her home country. She learned that he worked with Rural Electric in the Kaoma District and was responsible for bringing electricity to some of the rural areas. Sister Inez asked him if he would give one of their poles to Zesco so we could have electricity at Nano Farm. He had seen the work we do there and was impressed. Therefore, he and the manager of Zesco talked and soon a pole was erected at Nano Farm

This did not solve our problems. Our waiting continued because the electricity could not be connected before a meter could be installed. And yes, you are right, there were no meters available! Several weeks later, a meter was installed and the incubator was transferred to Nano Farm. 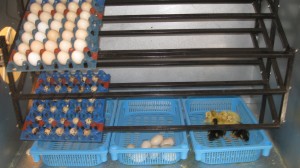 This, however, did not solve our problem. Just at this time, Zesco announced that, because of the lack of significant rains,
there was not sufficient water in the rivers to produce the amount of electricity required for the country. This resulted in a decision to disconnect electricity throughout Zambia for a period of time each day. In Kaoma, this meant that for five hours each day or night, we had no electricity. This required another five-hour drive to Lusaka for Sister Inez, where she purchased a converter. This is would enable the solar power to automatically kick in when there was no electricity. Hopefully, this will solve all our incubator problems. However, Zambia is now entering the rainy season, which means there might not always be enough sun to produce solar power. That’s life in Zambia. Nothing happens quickly. One must learn to be flexible and wait.

Certainly, Mary and Joseph had to be flexible, leaving their home to travel to Bethlehem and finding it necessary to stay in a stable because there was no room for them in an inn. I believe there was no room ‘for them’ because they were poor. It is a timely reminder to us that there are so many poor in our communities and in our world. May the Spirit of Christmas inspire all of us to reach out to those who have so little.

Thank you so much for your generosity to me through your friendship, prayer encouragement and financial support. May God bless you abundantly,