Let us congratulate these devoting women as they celebrate a milestone with their religious life as part of the Presentation Sisters. Sister Jean Huntimer celebrates 70 years and Sisters Antonette Krumm, Janice Mengenhauser, Joan Marie Brandner, Joan Reichelt, Mary Fix, Phyllis Gill and Marie Joseph Schmitz (RIP) celebrate 60 years of religious life. These women dedicated their lives to serving God, the underprivileged and other ministries to which they have been called. 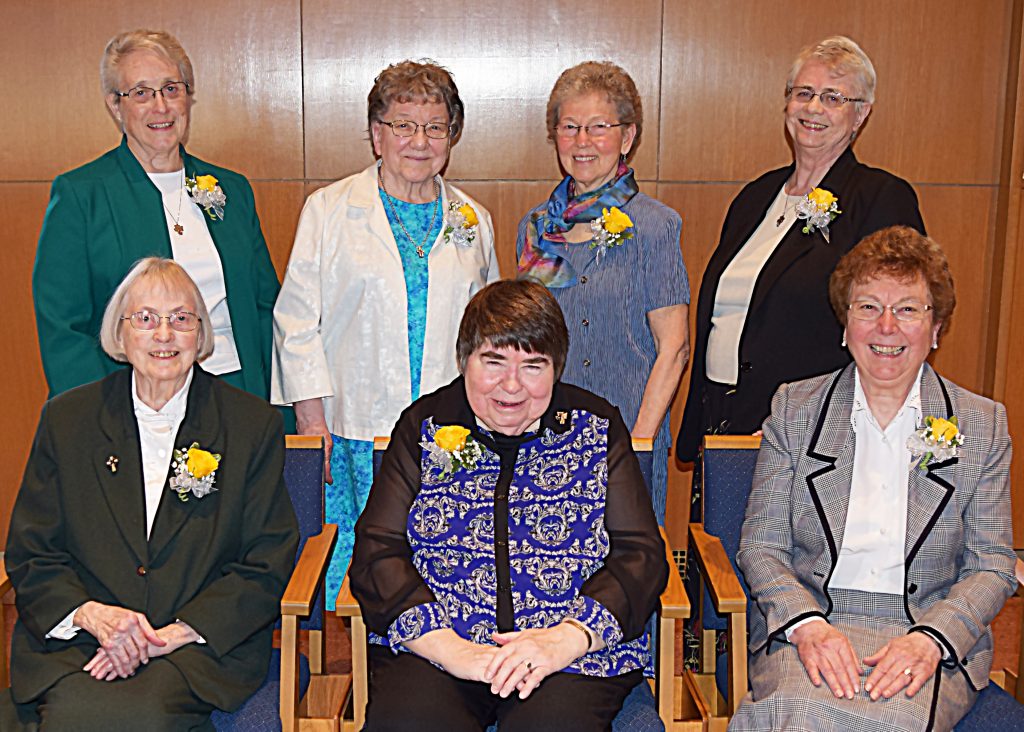 Sister Jean spent 15 years of full-time active ministry working in parish ministry in Huron, S.D. She then served as Convent Librarian for over 14 years. and volunteered at Avera St. Luke’s Hospital’s Auxiliary Guest House . Sister also hosts a number of spiritual and educational film series for the Sisters, Cojourners and the public.

Of her years as a Presentation Sister, Sister Jean says, “I have been inspired by many sisters throughout my life and also by the many lay people in each mission. It has been a rewarding ministry; God has blessed me.” 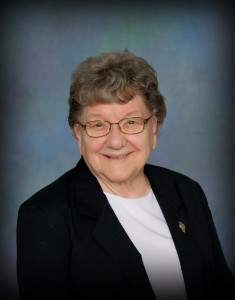 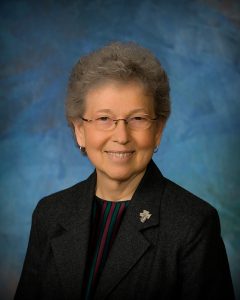 Sister Janice graduated from Presentation College with a degree in general studies. She went on to obtain a nursing degree from the St. Luke’s School of Nursing, Aberdeen, S.D., a bachelor’s in nursing from St. Louis University, St. Louis, Mo., and a master’s in pastoral studies from Loyola University, Chicago, Ill. She also took coursework in marriage and family therapy and is a licensed mental health practitioner.

After five years as a nurse in Mitchell, S.D., and Miles City, Mont., Sister Janice traveled to Ocosingo, Chiapas, Mexico, to serve as a missionary nurse in the Presentation Sisters’ mission there for eight years. She returned to the United States and served as director of formation for the Presentation Sisters for seven years before serving 20 years in the field of marriage and family for the Archdiocesan Family Life Office in Omaha, Neb. She also conducted empowerment classes for Spanish-speaking women; trained Hispanic couples for marriage preparation classes. She spent 4 ½ years as a bilingual counselor with Heartland Family Service Agency in Omaha.

Sister Janice served on the Presentation Sisters’ Leadership Council. As a Spanish speaking counselor for Catholic Family Services, she works part-time as a bilingual counselor at Caminando Juntos in Sioux Falls; assists with L.I.V.E. Leadership Camp for Hispanic Girls; and serves on the board of directors for the Bishop Dudley Hospitality House (Sioux Falls, S.D.).

When she was in nursing school, Sister Janice wondered how the sisters working alongside her could “give their whole life to God when most of us give God little portions of our lives in Sunday worship or holy hours.” She began to see the wonder of what prayer and reflection brought to her personal life and, later, to her work as a sister. After 60 years, she says, “It’s been the right path for me and an enormous privilege to serve God’s people. I thought maybe the zest would wear off in a few years, but it keeps getting better. What an adventure!” 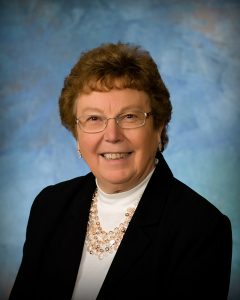 Sister Joan Marie Brandner was born to Paul and Agnes (Weisbeck) Brandner January 9, 1937, in Herreid, S.D. After graduating from Notre Dame High School, Mitchell, S.D., she entered Presentation Convent February 2, 1956. “All along I knew that my heart and my life was claimed by God to live a consecrated life in an apostolic community,” Sister explains. “Being with the Presentation Sisters during my high school years created of bond of love that assured me that I would be happy living the rest of my life with them. Being a sister has been deeply satisfying for me.”

Sister Joan Marie attended Presentation Junior College and went on to earn a bachelor’s in education from Northern State College (University), Aberdeen, S.D. She later returned to college and received a master’s in religious studies from St. Mary’s College, Winona, Minn., and a license in personality and human relations (PRH) from an international human development program in Poitiers, France.

For 18 years Sister served as an educator in South Dakota classrooms in Sioux Falls, Milbank, Mitchell and Madison. She moved on to parish ministry and served in Willmar, Minn., for five years before becoming the Vocation Director for Presentation Convent. During the time she was occupied with vocation ministry, she also served on the Presentation Sisters’ Leadership Council.

Sister Joan Marie says one of the most valuable gifts of God that came her way in 1985 was an Adult Development Program entitled Personality and Human Relationships. After PRH training, she began to serve as a campus minister and PRH human development educator at South Dakota State University, Brookings, where she served 20 years. Sister Joan Marie is presently employed at Immaculate Conception Parish, Watertown, SD as a spiritual accompanist using the International Adult Development Program “Personality and Human Relationships.” Sister Joan Marie says, “God continues to bless me with good health and energy. What the future has in store for my remaining years is a mystery yet to be discovered and lived.” 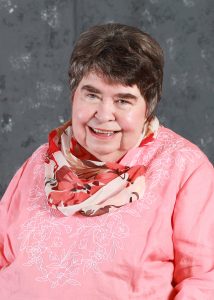 Sister Joan graduated with a bachelor’s in medical technology from Northern State College (University), Aberdeen, S.D., and later received her RN license. Sister Joan has utilized this health care background during her years of service in the Presentation Sister’s Healthcare ministries since 1960. She served as a medical technologist, a registered nurse and Director of Mission Effectiveness in health care facilities in Miles City, MT; O’Fallon, MO; and Mitchell, Sioux Falls and Aberdeen SD.

After serving two terms on the Presentation Sisters’ Leadership Council, she no longer works directly with patients, but continues to be part of the healing ministry of Jesus. As one of the six Sisters System Members of Avera, Sister Joan works to ensure that the region’s largest health system’s policies and procedures are in line with the sponsors’ missions and values.
Sister Joan now serves as Avera’s Executive Vice President of Culture. “I heard God’s call to vowed religious life as a Presentation Sister through the lips of my mot her who spoke so lovingly of the sisters she knew,” Sister explains. “I know it is right for me because I’ve been happy and well and have always believed I was home with my community.”

Sister Mary earned a bachelor’s in education from Northern State College (University), Aberdeen, S.D. She dedicated herself to education ministry and taught for 24 years in Dell Rapids, Mitchell and Aberdeen, S.D.; and Mound, Willmar and Glencoe, Minn. For 19 additional years, she served as a teacher at Sandcastle Child Care, St. James Parish, St. Paul, Minn.

Drawn to educating adults, Sister became active in teaching English as a Second Language. Before being asked to do pastoral care at Bethany Convent, a nursing and retirement home for Congregation of the Sisters of St. Joseph of Carondelet (CSJ) sisters, St. Paul, Minn., Sister Mary had volunteered at Bethany Convent for many years. Sister Mary is still active with social justice issues, volunteer work and doing activities with Sisters.

Sister Mary explains that the Presentation Sisters taught catechism in her hometown while she was growing up, and she heard a call to religious life after attending a retreat at Presentation College. She shares her thoughts, “My constant companions on the most important part of my spiritual journey as well as all of my religious life were two people who were my spiritual guide and also retreat directors. I would not be where I am in any part of my life without them. May they Rest in peace. 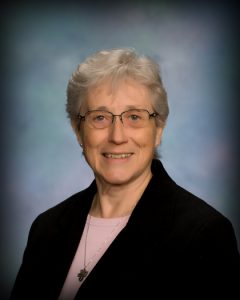 Sister Phyllis served as an educator for 14 years in Anoka, Mound and Willmar, Minn.; Mitchell, S.D.; and Miles City, Mont. She then began parish work on the Crow Creek Reservation, followed by several years as a human services representative in refugee resettlement in Sioux Falls, S.D. She later gained experience as a chaplain, college social work instructor, director of vocations and social worker.

After completing her years as a counselor with Catholic Family Services in Mitchell, S.D, Sister Phyllis served on the Presentation Sisters’ community leadership team for 4 years and then took part in the North American PBVM’s collaborative ministry at the St. Joseph’s Rebuild Center, New Orleans, LA. She currently serves as the Vocation Director for the Presentation Sisters and serves in various duties at Presentation Heights.

Sister Phyllis says she sees herself as pragmatic, reflective, reliable and willing to work hard, but taking time for pleasure, quiet and enjoying beauty. I hope I will be remembered as someone who cares about others, and who lives in moderation and with a balance of mind, body and spirit.