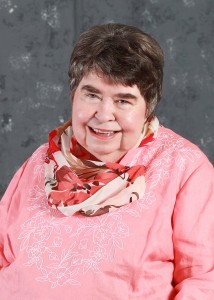 January 12, 2016
Tuesday of the First Week of Ordinary Time

“Do not think your handmaid a ne’er-do-well; my prayer has been prompted by my deep sorrow and misery.” 1 Samuel:16.

“The people were astonished at his teaching, for he taught them as one having authority and not as the scribes.” Mark 1:22

Dear Jesus, the key word that comes to my mind in reflection on these two readings on this first Tuesday of Ordinary Time in the church calendar is integrity. The story of Hannah in the first book of Samuel is fascinating and could probably relate to the theme in many soap operas today. Hannah is barren, her husband had a second wife who had many children. Her husband, Elkanah, loved Hannah the most and she grieved at not having a child of their own. She prayed sincerely in her sorrow and bitterness and promised the Lord if she had a male child she would give him to the Lord for as long as he would live. In spite of being taunted by her husband’s other wife, in spite of praying year after year for a child, Hannah prayed with hope and trust in her unhappiness and misery. And she did become the mother of Samuel and presented him at the temple to keep her promise to the Lord.

The reading in the Gospel of Mark tells us of the beginning of Jesus’ public ministry. Jesus had called his first disciples and on the Sabbath they entered the synagogue and Jesus began to teach. He taught with authority and not as the scribes. Jesus began his public life with resolve and did not let the fame that resulted change his course or his being. He identified the unclean spirit and drove him out of a possessed man and did not use this power for popularity’s sake.

Jesus and Hannah were faithful to their call and answered God when the time was right. Hannah was faithful and prayed year after year for a son. Jesus lived a quiet, probably ordinary life with his parents and after John the Baptist announced the coming of the one the Hebrew people had long awaited, Jesus knew his public ministry was to begin. They were persons of integrity. Neither Jesus nor Hannah denied who they were or shied away from being honest and whole and full of love for God. They did not have a public “front” and be different people privately. They were good and genuine and what we all should strive to be.

Jesus, help us to be people of integrity and always strive to be more like you. You are divine and human unlike Hannah and the rest of us who are humans striving to become more holy. Help us when the unclean spirit hovers around us or if we lose faith and trust in you. We pray for all these virtues in your name. Amen.